Menu
Home Events ARTFLUENCE : THE ART OF INFLUENCING A CULTURE OF HUMAN RIGHTS 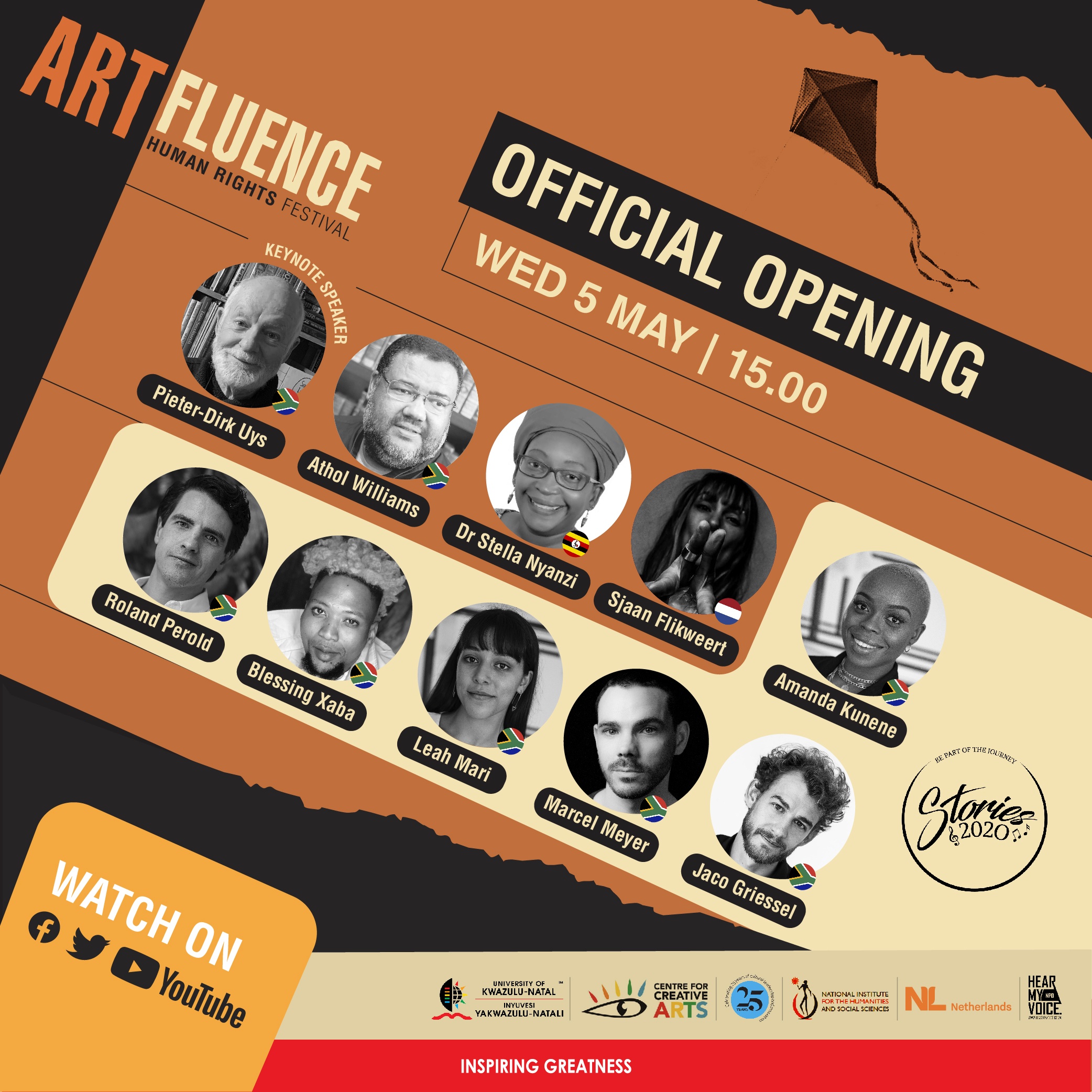 ARTFLUENCE : THE ART OF INFLUENCING A CULTURE OF HUMAN RIGHTS

The opening event of the Artfluence Human Rights Festival will provide a context for birthing this festival at the Centre for Creative Arts at the University of Kwazulu-Natal. This Festival which marks the 25th anniversary of the Centre for Creative Arts also coincides with the adoption of the South African Constitution. The Embassy of the Netherlands in South Africa is the founding sponsor of the Festival significantly so when this year also marks the 35th anniversary of the Culture in Another South Africa festival that was held in Amsterdam in 1986 to demonstrate Dutch solidarity with South African artists in the struggle against apartheid. The opening event features a keynote address by Pieter Dirk Uys, a musical extract from Stories 2020 and other strong voices of courage, hope & resilience who endorse the Festival. The Festival will also announce its inaugural Artfluence Human Rights Champion.