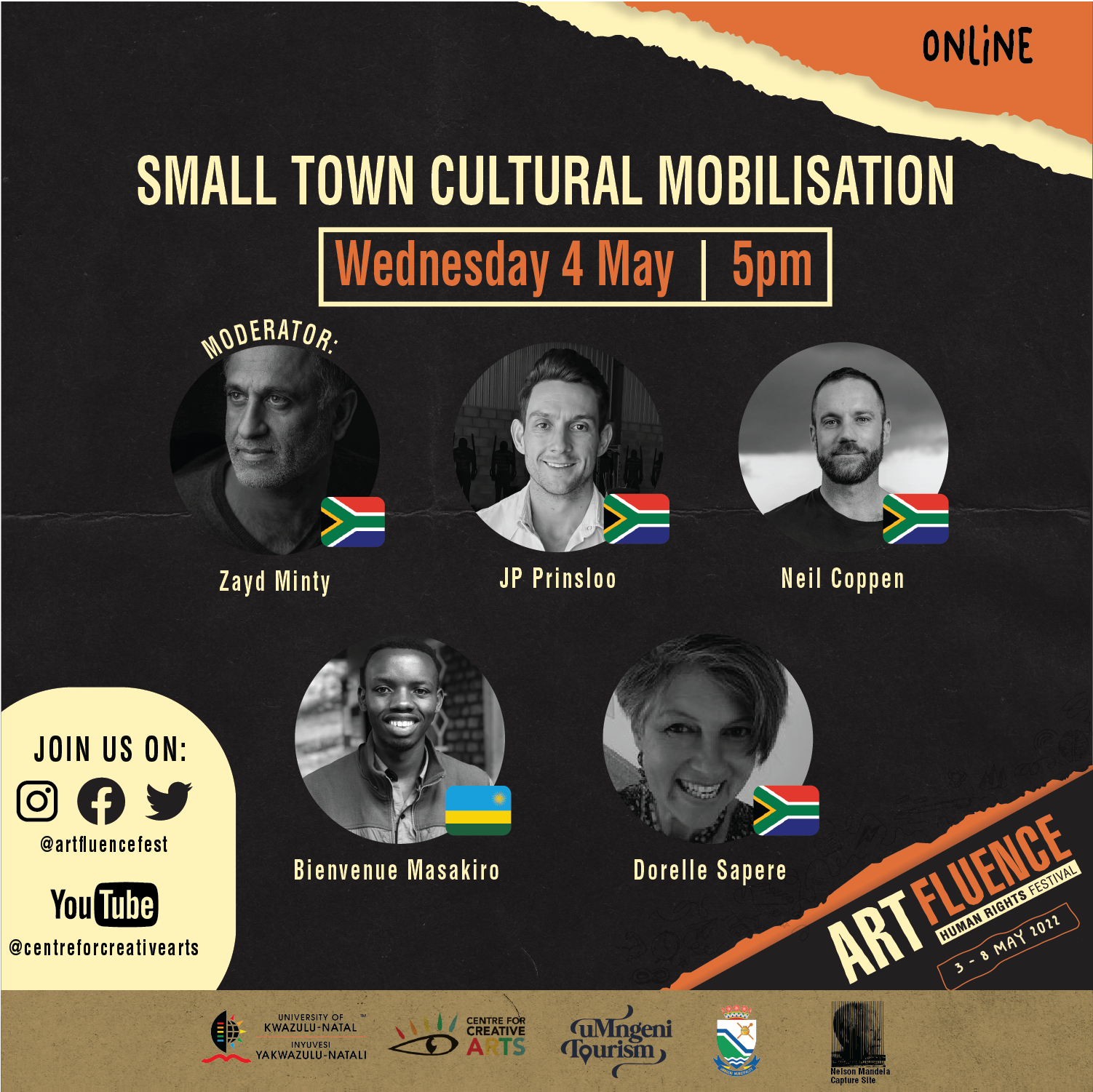 Small towns (white townships) and Townships (blacks towns) are seen as less relevant than big cities for political and economic activity, and are generally marginalised from current affairs. However these townships are becoming sites for significant realisation of democratic rights and change. This conversation looks at towns like Howick and Oudsthoorn where historic significance and land rights are contested but where neighbourhoods like Athlone have Trojan Horse monuments, Athlone is no longer a site of civil action as it was in the 80s. How do cultural symbols become symbols of mobilisation rather than memorialisation?