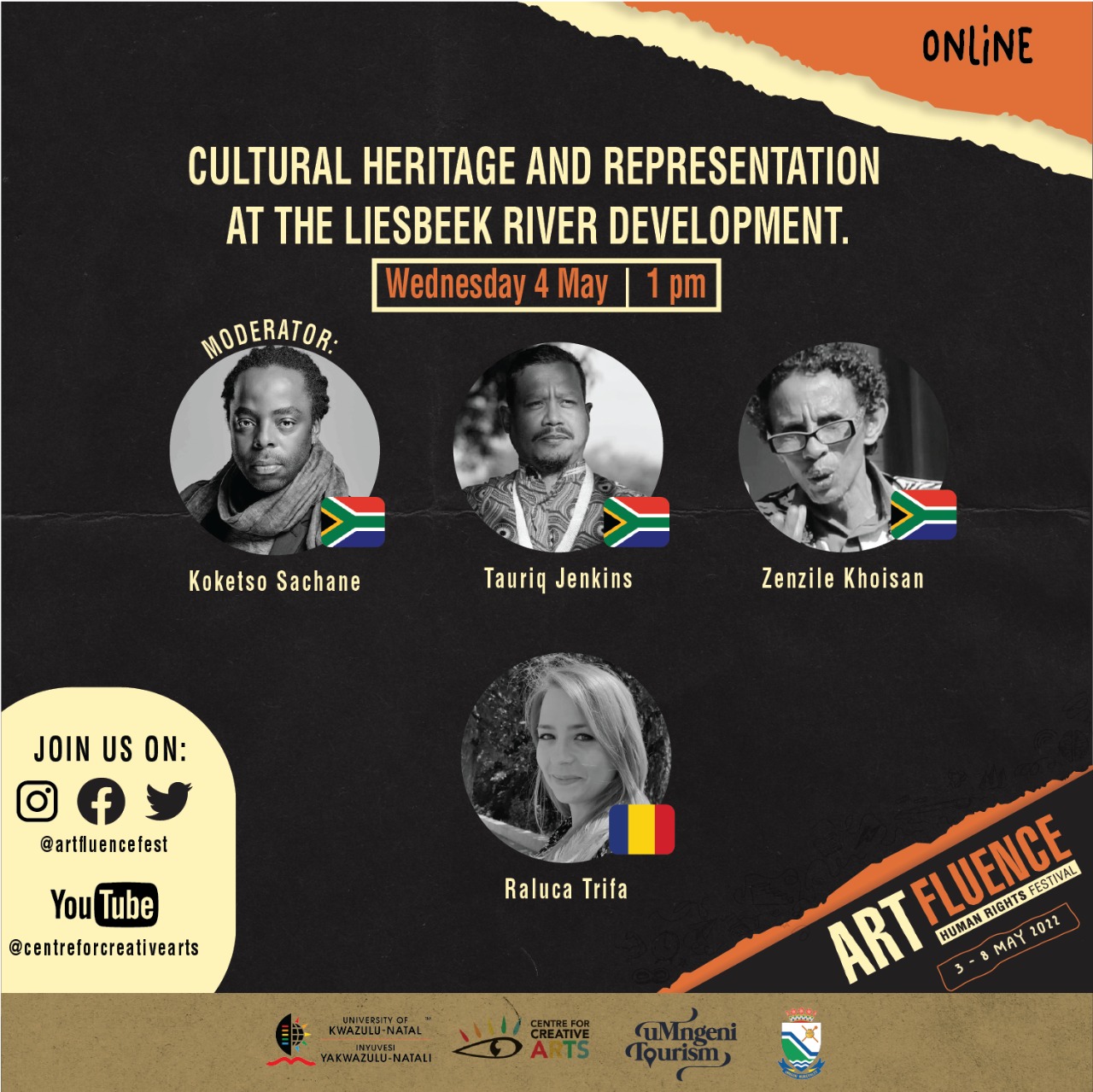 Cultural Heritage and Representation at the Liesbeek River Development

Chief !Garu Zenzile Khoisan of The First Nations Collective (FNC) argues that they got the developers of the Liesbeek development to revise their initial development proposal to include a world-class facility where the First Nations Collective will permanently collate and curate their heritage, practise their craft and culture, tell their own stories and train their own people.

On the other side of the conversation, Tauriq Jenkins, a Human Rights Commissioner for the Gorinhaicona Traditional Council, has represented the Goringhaicona on various forums, has submitted an affidavit to the High Court stating why he believes the Gorinhaicona Khoi Khoi Indigenous Council and other Khoi peoples are concerned about the impact of the development and implications of some groups having been left out of the consultation process with the developers.

As of 18 March 2022, construction at the Liesbeek River was interdicted from proceeding until the parties represented by Jenkins are consulted on how the Khoi people will be represented on the R4.6 billion project, expected to house the African headquarters of Amazon.com.

In this debate we hear from Jenkins, Khoisan, and Raluca-Maria Trifa, whose research and professional interest focuses on understanding the complex mechanisms that determine and stimulate the sustainable development of urban historic areas. Trifa has a PhD from the University of Architecture and Urbanism, Bucharest Romania.