You're Here: Home • Writers and media luminaries give their support for a human rights festival 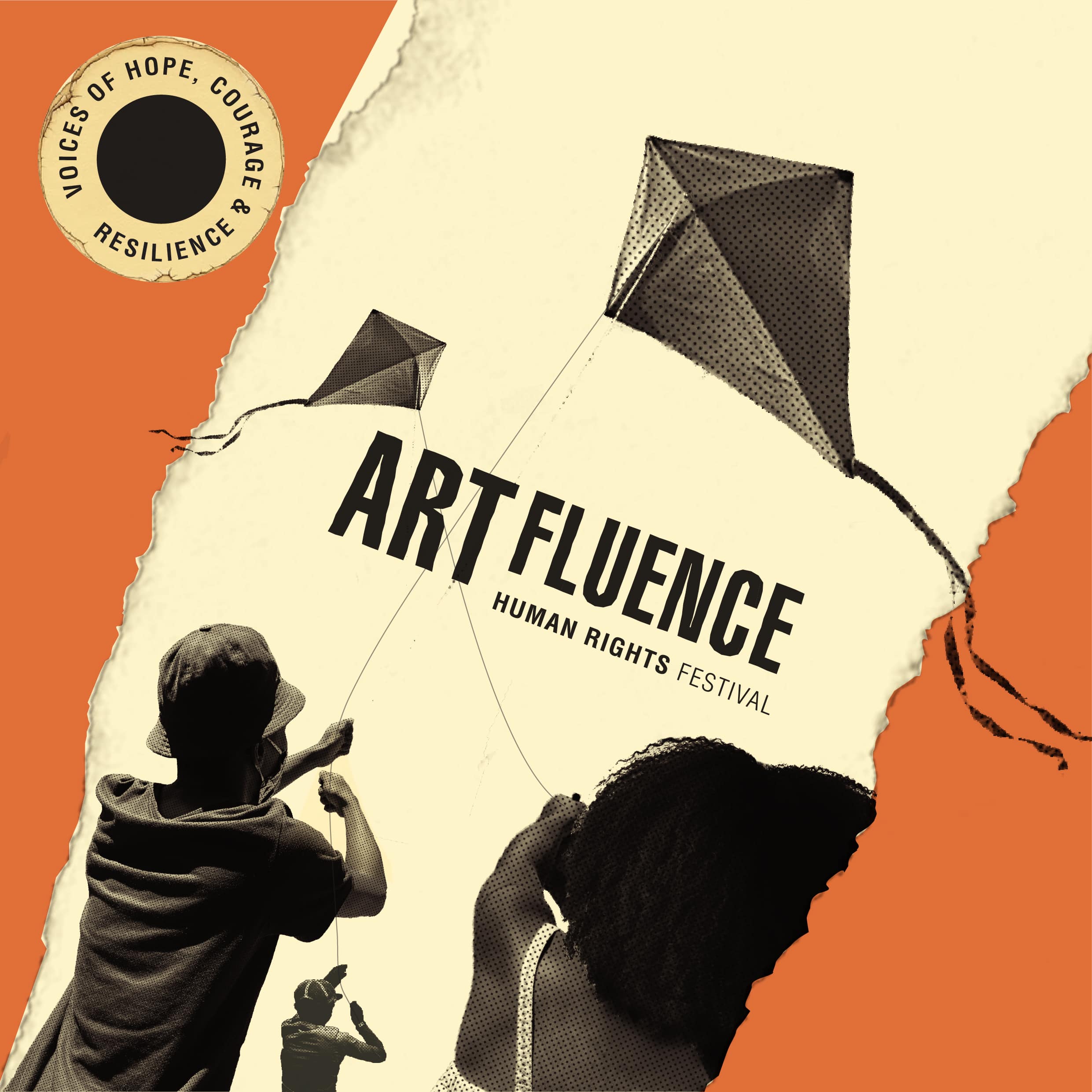 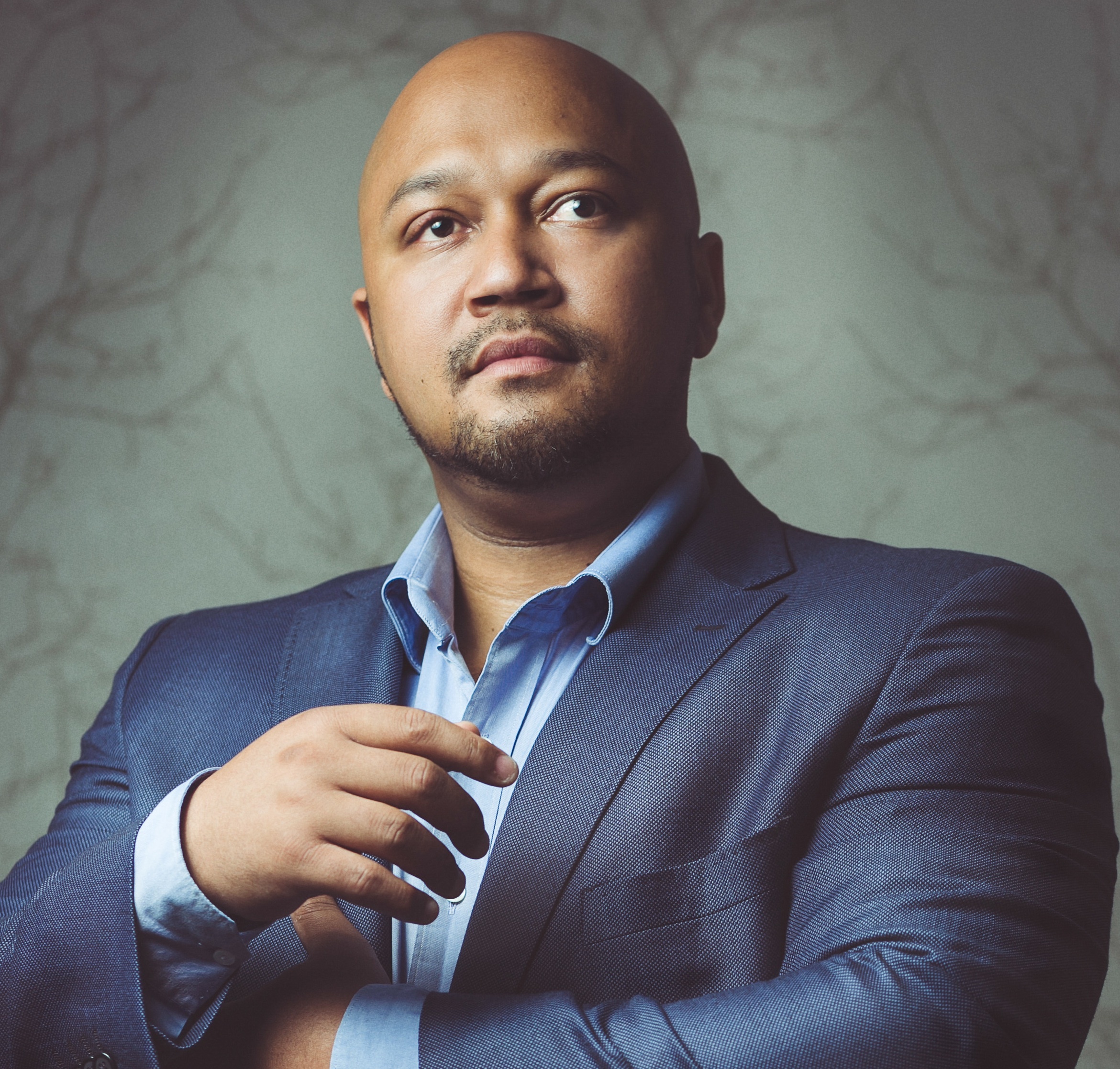 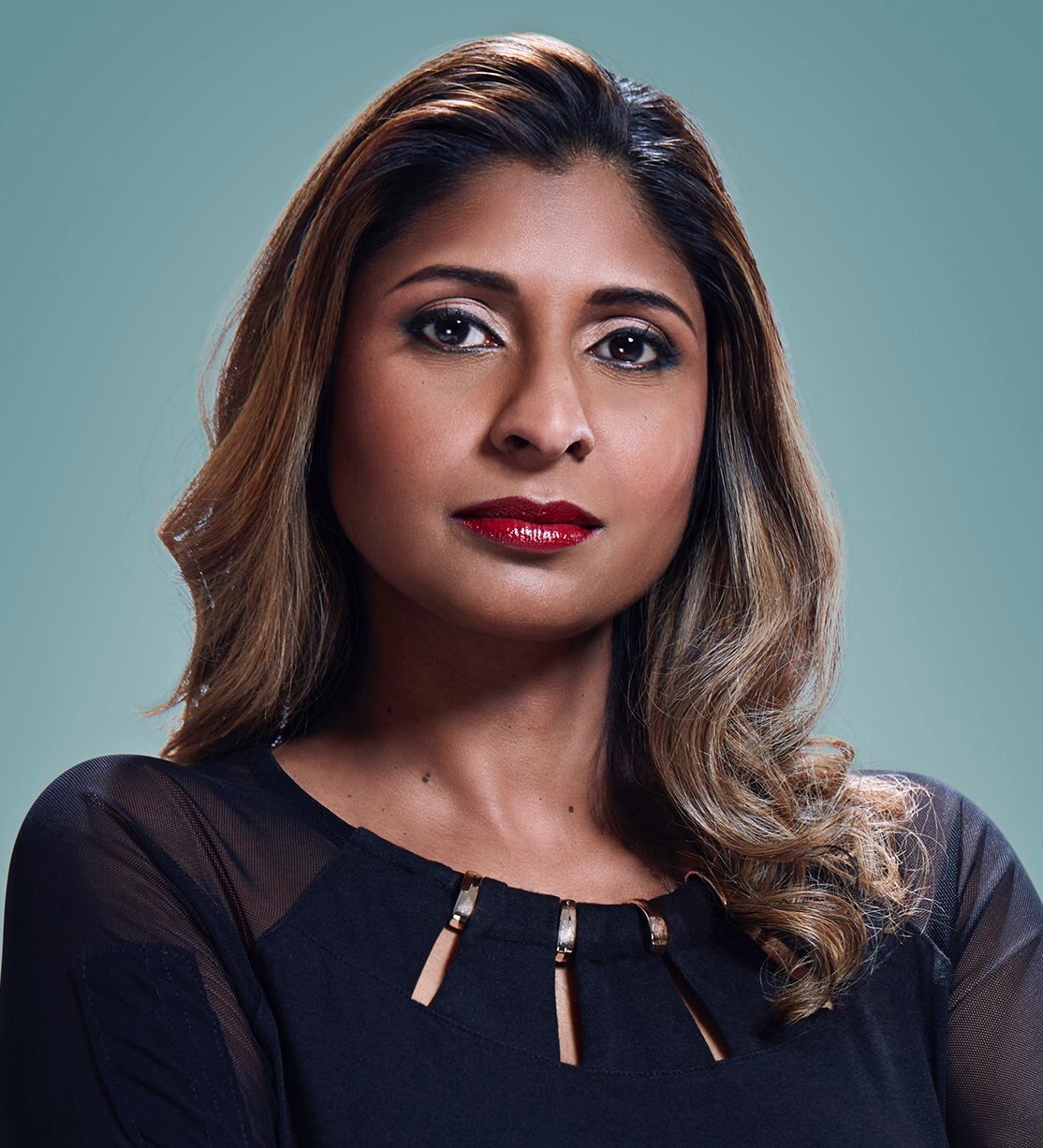 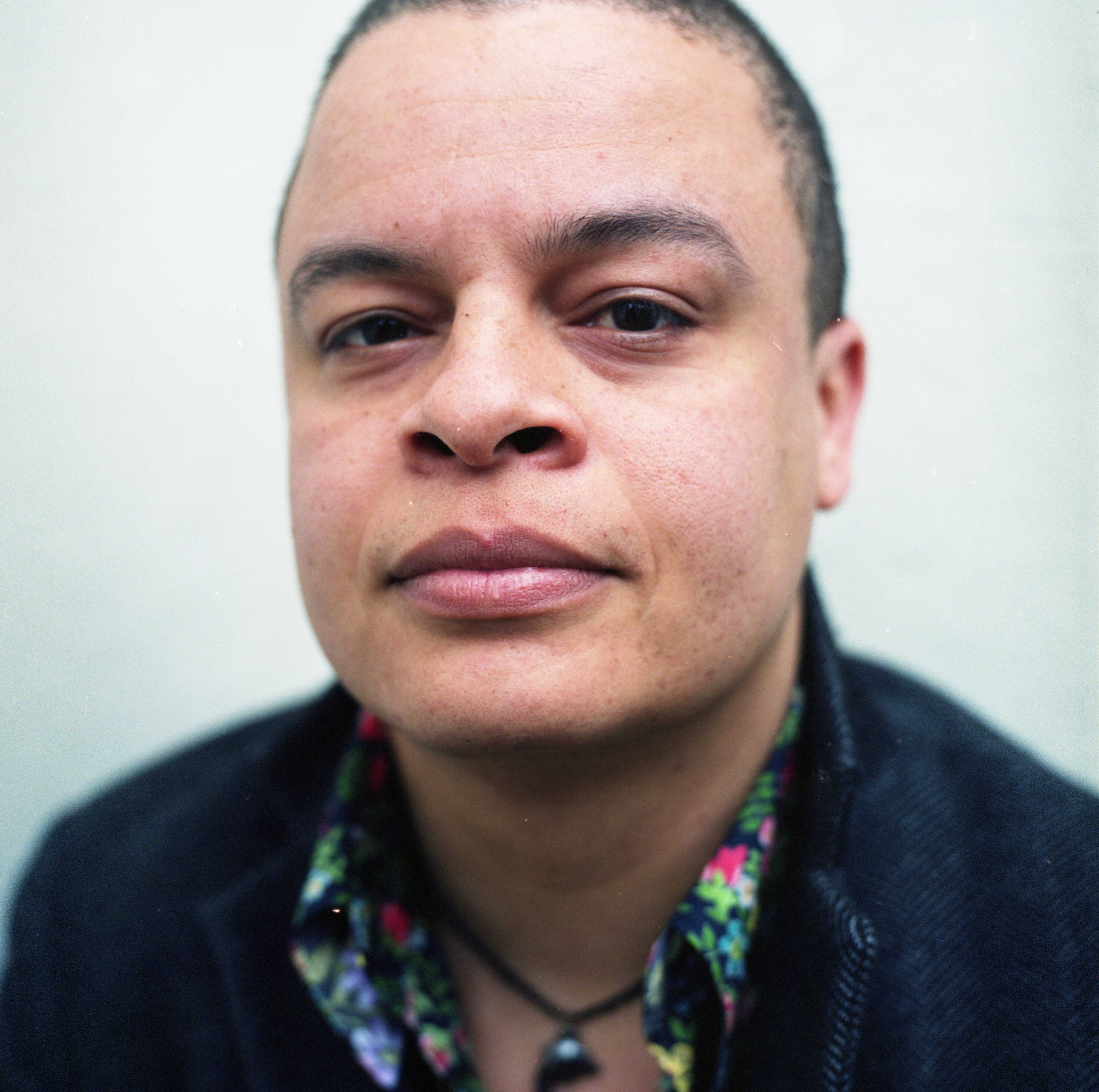 As World Book Day approaches tomorrow, on 23 April, the Centre for Creative Arts at the University of KwaZulu-Natal is thrilled to announce that media luminaries Joanne Joseph and Eusebius McKaiser will present a specially commissioned feature of the literary programme at the Artfluence Human Rights Festival that takes place from 5 – 8 May 2021.

“We will co-present one hour of content in two parts. The topic we’re looking at is “African Literature: Processing the Past, Writing the Future“. It pertains to our attempts to comprehend our colonised past and will suggest throughways arising out of literature and writing to achieve catharsis” says Joanne Joseph.

In the first of a two-part programme, Joanne Joseph will interview Patric Mellet on “The Lie of 1652“, and she will speak to award-winning Dutch poet, playwright and this year’s winner of the prestigious Dutch PC Hooft award, Alfred Schaffer, on his poetry on racism and xenophobia. Dr Schaffer teaches at Stellenbosch University. The programme will round off with Joseph speaking to Nkanyezi Tshabalala from Jonathan Ball Publishers, who’s been tasked with excavating hidden South African histories and turning them into commercial books.

In the second half of the programme, Eusebius McKaiser will interview Danielle Bowler, editor of online non-profit media organisation The New Frame.

“The commissioning of this special literature programme for the Artfluence Human Rights Festival is an extension of the stimulating discussion with authors that was held at last month’s very successful Time of the Writer Festival. Joanne Joseph and Eusebius McKaiser have curated a programme with authors who directly speak to the Festival theme of Voices of Hope, Courage & resilience”, says Ismail Mahomed, the director of the Centre for Creative Arts.

The Imbiza Journal for African Writing which was launched at the Time of the Writer Festival will also be on board at the Artfluence Human Rights Festival. Founding director of the Journal and author Siphiwo Mahala says, “While our core business is publishing, we also want to play an active role in promoting the culture of reading and writing and the development of the arts in general. Imbiza has a very strong academic thrust, and this makes the partnership with the CCA particularly important.”

Niq Mhlongo says that he welcomes a human rights arts festival because it will contribute to the social and emotional development of people. He says the Festival will have the power to address issues head-on and will have the potential to combat ignorance.

Playwright Mike van Graan says that he supports the Artfluence Human Rights Festival because it affirms Article 27 of the Universal Declaration of Human Rights. Van Graan says that the Festival provides a valuable opportunity to interrogate the state of human rights in South Africa, and in so far as doing that, it exercises the right to freedom of expression as enshrined in the South African Constitution.

Theatre director Janice Honeyman who has adapted several novels to stage plays and most notably the writing of author Chris van Wyk says that the Festival will be a platform to talk about and rethink our rights and values. “There will always be issues to talk about, in particular rape, gender violence and the suppression of freedom of speech. It is obviously our duty to be full of integrity to speak about these issues, and festivals provide the ideal platforms for open discussion”, she says.

The inaugural Artfluence Human Rights Arts Festival with a focus on arts, constitution and democracy will be presented by the Centre for Creative Arts in partnership with the Embassy of the Netherlands. Voices of Hope, Courage and Resilience will be the theme for the inaugural festival. It will mark the 25th anniversary of the Centre for Creative Arts as a vibrantly creative enabler and advocate for social justice and democracy, as well as the  25th anniversary of the adoption of the South African Constitution. The inaugural festival will run for four days, from Wednesday 5 May to Saturday 8 May 2021.

The literature programme, African Literature: Processing the Past, Writing the Future, will be screening on Friday 7 May at 3pm.

The festival is freely accessible and can be watched via www.facebook.com/artfluencefest and www.youtube.com/centreforcreativearts 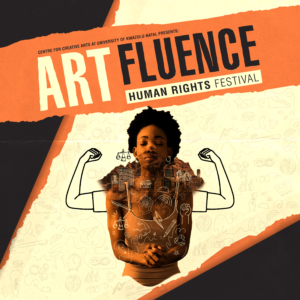 The Centre for Creative Arts at the University of KwaZulu-Natal, in partnership with the uMngeni Municipality and uMngeni Tourism, will present the 2nd annual Artfluence 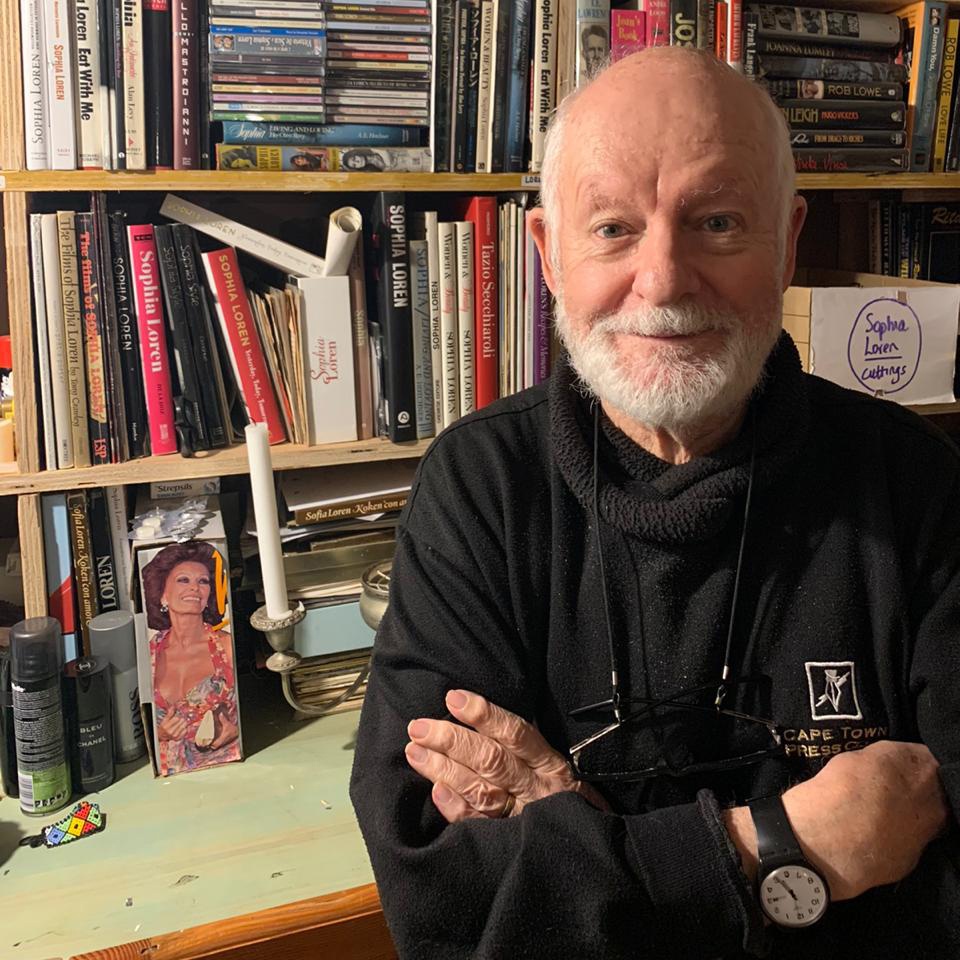 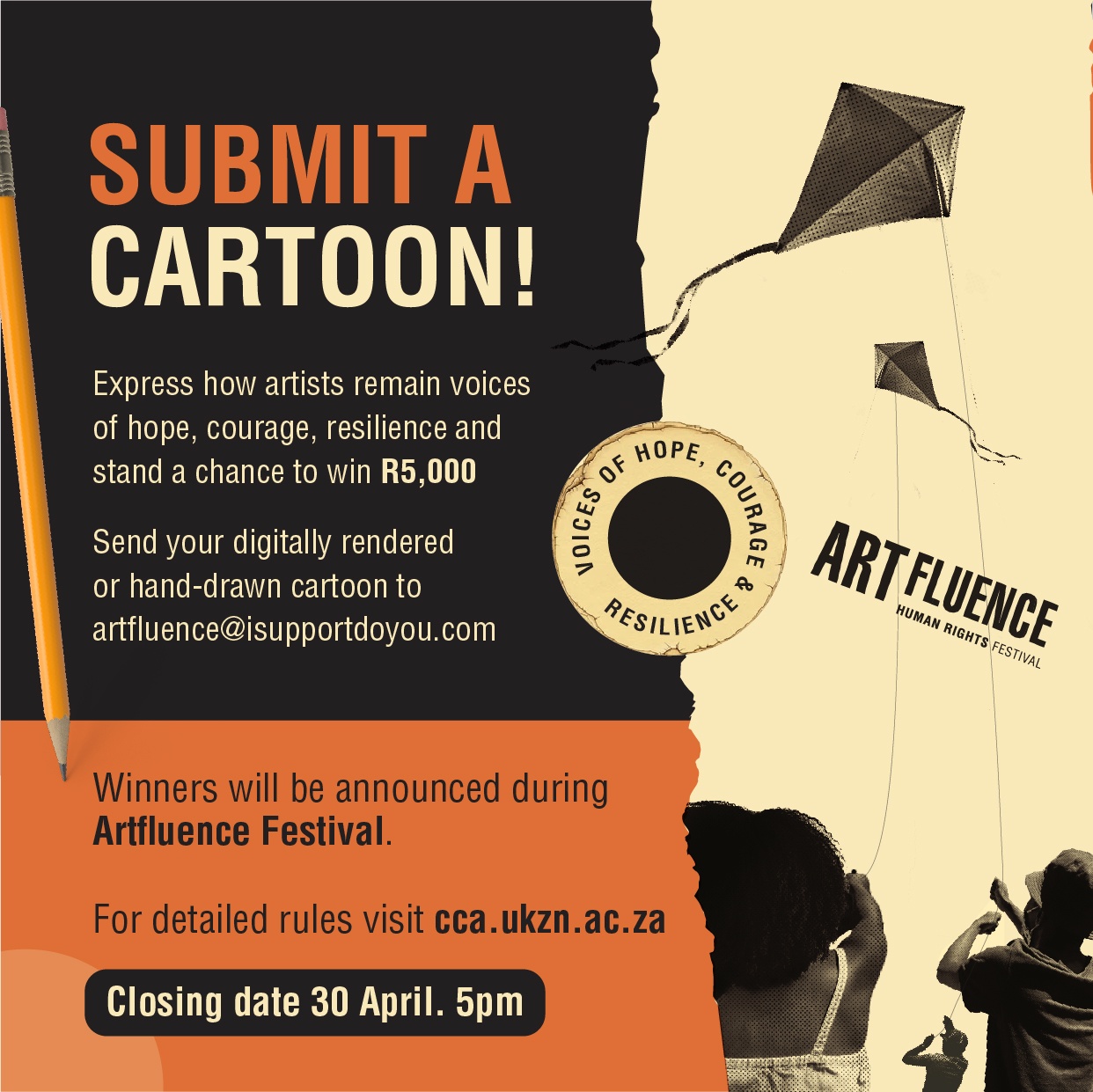